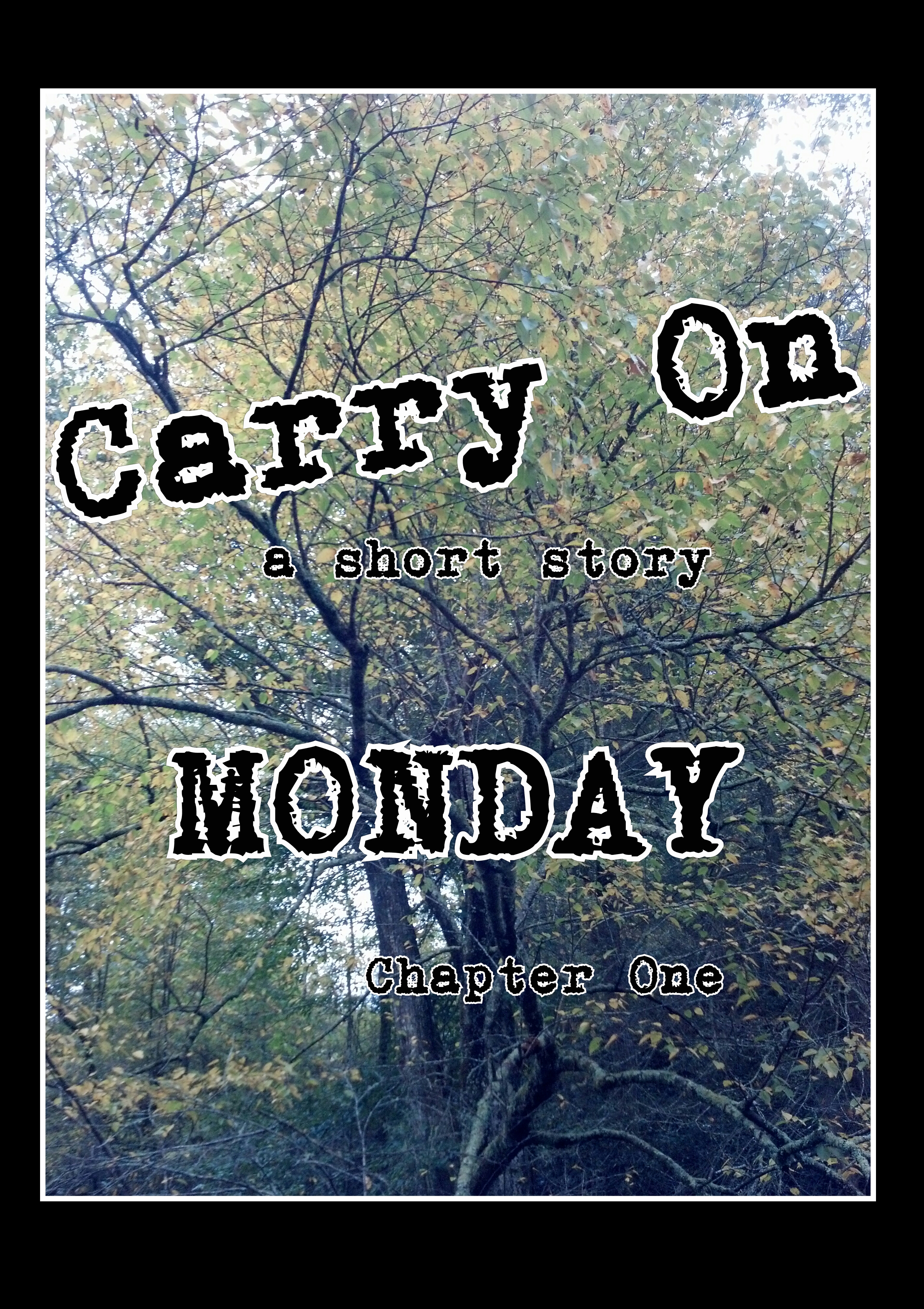 Carry On – Monday, a short story

This is part of the short story Carry On that is being posted a chapter at a time, Monday October 3rd through Friday October 7th.   This is the first chapter, titled Monday.

Joe was sitting at the kitchen table when he first heard the noise.  It was so quiet that at first he didn’t even notice.  He had been sitting still, lost in thought.  His hand wrapped around his cooling cup of coffee.  It was early summer and most mornings were still cold enough to need a jacket.  Although the night had been chilly, he had left the windows open throughout the house.  The noise was now coming through one of those open windows.  A steady click click click came softly through the kitchen window.  Joe rose and walked to the sink and pushed the curtains aside.  Outside it was early morning and the sun was shining through the trees.  A slight glare was reflecting off of his car.  Shielding his eyes, he tried to locate the source of the noise.  It didn’t take too long.  Perched on the roof of his car sat a very large bird.  No, Joe thought, not just a bird, a vulture.

As if naming it had called his attention, the vulture looked towards the window where Joe stood.  It shifted its weight and stepped side to side, issuing another click click click.  An involuntary shudder went through Joe as he watched.  The vulture sat as tall as a medium sized dog.  Its wings were pulled up around its neck. A neck which held up a hideous red face that was looking in Joe’s direction.  A darkness seemed to seep towards the car.  Shade fell over the house and over the vulture.  Spreading his wings wide, the bird flapped twice and then took off into the air, not bothering to cast another look back in Joe’s direction.

Joe’s hand was still holding back the curtain as he watched the massive bird fly up into the sky.  The darkness had receded and the sun was shining back down as if it had never left at all.  The bird continued to rise up until he was out of sight.  Joe only gave the bird one more thought as he let the curtain fall back into place and dumped his half full coffee mug into the sink.  That can’t be a good sign.

Turning back to the recently vacated table he tried to remember what he had been doing before he’d noticed the clicking.  A dull headache bloomed slowly behind his eyes.  Rubbing his temples, he looked around again.  He’d been getting ready to leave for work and thought of something he had to do but he had forgotten it just as quickly.  Lisa always said that he was good for that, losing his train of thought.  Sometimes she would tell him that his thought train had crashed.

It had definitely come off the tracks this morning.

The end of chapter one.