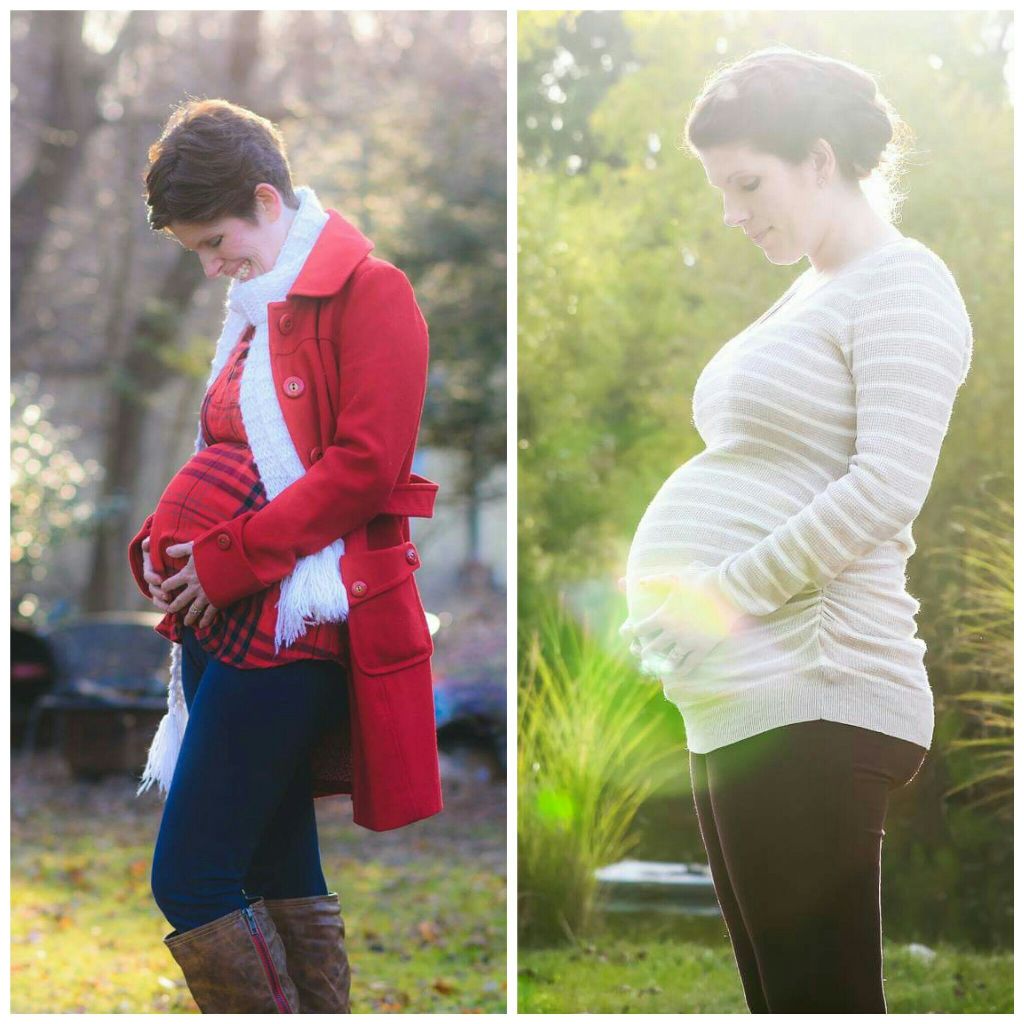 This pregnancy and my last, photos taken by Darian Green and Maria Kalitina

When I became pregnant with my first daughter I was a consumer of information.  I googled, I read books, I asked every woman that I laid eyes on, that had birthed a child, all of my many questions.

I felt buoyed by the satisfaction of having knowledge.  Every ache or pain got googled or a call to the OB to make sure it was within the range of normal.  I checked and cross checked every item that I ate.  I even made the special no egg cookie dough when my craving got to be so bad that I thought I would die without it (it was garbage, by the way… spend the money, buy the good stuff).

Now that I am pregnant with my second, things are considerably different.  My google list has been short and sweet, mainly focused around how much caffeine is really too much caffeine.  And I have to re-google it at least once a week because in addition to being overly tired, my brain has become a veritable sieve.

Other than that, my quest for knowledge has been limited.  Actually, it’s been nonexistent.  Sure there are things that I don’t have to worry about this time because this isn’t my first rodeo, but also, my brain just doesn’t have the room for any new information.

I’m too busy spending my days lugging around this sweet belly and chasing after a two year old to have even a fraction of the concerns I had last time.  However, I think I can safely say that I have narrowed down some of the major differences between my first pregnancy, and this one:

Granted, now having a child already I have a whole new host of things to worry about.  How she will handle being away from us overnight for the first time ever?  What she will make of the new baby and my suddenly divided attention?  Will our family dynamic change in a negative way?  If I die during delivery will my daughter remember me? I feel like my concerns this time are both less, and deeper.  I am confident though, at least in this one thing, that everything will work out okay in the end.

And seriously, how much caffeine am I allowed to have again?!

St. Patrick’s Day and Pregnancy; the two have more in common than you think

Warning: Use of undefined constant pings - assumed 'pings' (this will throw an Error in a future version of PHP) in /home/domains/laurenwellbank.com/docs/wp-content/themes/hemingway/comments.php on line 29
1 Pingback