Shit on technology and social media all you want, but I swear it saved my life. 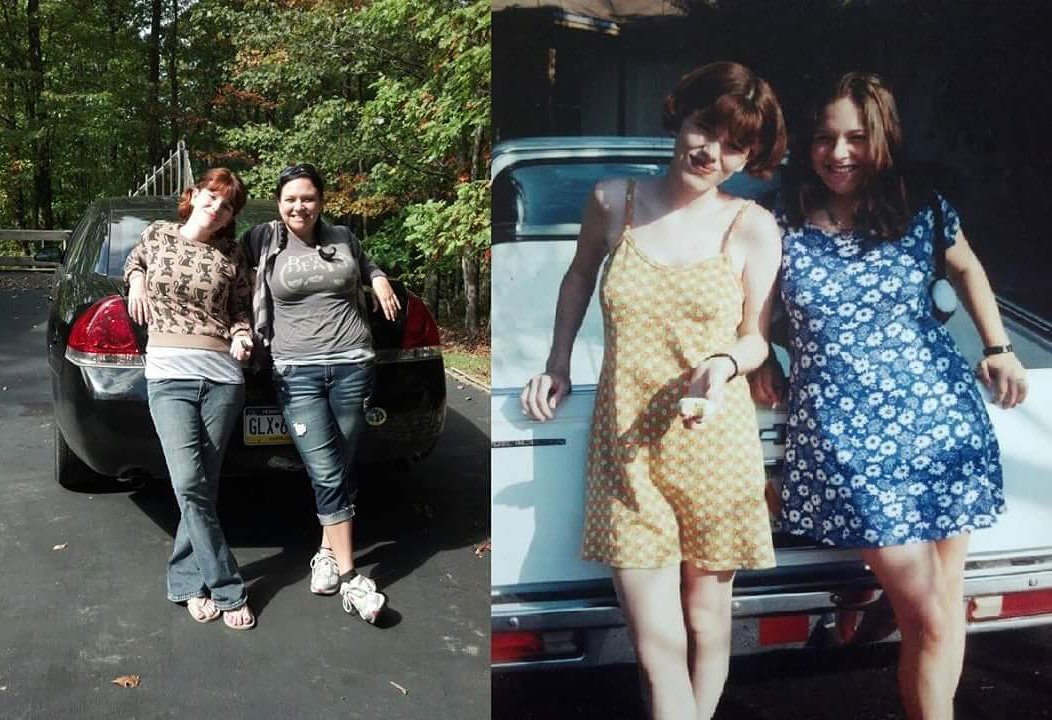 Okay, maybe that’s an exaggeration. It didn’t quite save my life, but it did save my relationship with my best friend. And really, that’s kinda the same thing. It all started in 2006, when my childhood BFF found me on MySpace.

We had lost touch when my mother and I moved from Florida to Pennsylvania in the mid 90’s. Those were simpler times, back before email and text messaging.

The two of us exchanged handwritten letters and care packages. We caught up over the phone when both of our single mother’s had room in their budgets for long distance calls, which was not often.

I left Florida, and Bethany, the summer before high school started. The transition from middle school to high school is hard enough, even when you’re not hundreds of miles away from the best best friend you have ever known. But we were teenagers, and things were happening. Our lives were changing and we needed to change along with them. And adapt. Before long the letters slowed down, the calls dried up, and I made one final visit back to Florida. It was the last time I saw Bethany.

At least, I thought it would be the last time. But life changed again, the world changed again, and we changed right along with it. Social media became a thing. And again, shit on it all you want but that day I received a notification that I had a connection request on Myspace, my life changed… again. We picked right back up where we left off.

We didn’t see each other for another few years. It was in 2010 when she flew in the night before I was to marry my now ex-husband. We stayed up so late that night, giggling under the covers in my old room at my parent’s house. My mom eventually had to come into the room and tell us it was time for bed.

It was like we had traveled through time. We were suddenly back in the duplex my mom and I shared in Florida when I was growing up. Everything seemed right with the world now that I had my oldest friend back by my side. That next day she sat with the rest of my family and friends, and cried tears of joy right along with my mom.

We had successfully rekindled our friendship after almost a decade of lost contact. And thanks to technology, it was nearly effortless to maintain now.

We could text, exchange emails, and like photos of eachother on Facebook. I loved her Halloween costumes, she made fun of my cats. And we could let each other know immediately, even when years had passed since the last time we were face-to-face.

When I got divorced she was there for me whenever I needed to talk, even all those miles away.

When I started dating again she stalked my boyfriend on Facebook (RIP MySpace).

We took trips and shared girl’s weekends together. We talked about our hopes and dreams of becoming professional writers.

These days we talk more than ever. Thanks to SnapChat and Facebook messenger we are in near constant contact. We exchange pictures of our frustrated faces at the end of a long day.

She sends me videos of her goats and chickens from her mountain in Tennessee. I send videos of my daughter taking her first steps or the squeaky yet hilarious messages from my toddler up here in Pennsylvania.

It’s like we’re still in the same town. Back when we were two awkward and ridiculous teenagers, being raised by our mothers who seemed to have some sort of joint custody arrangement with one another. Each of us spending a week at one house, than a week at the other. She was my best friend, my sister, and my soulmate. I don’t know how I made it all those years in between without her, but thanks to technology, I’ll never have to do it again.

10 thoughts on “My other soulmate”